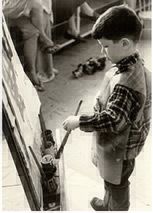 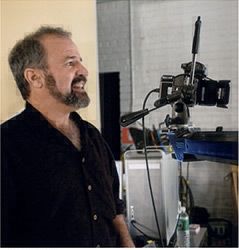 Starting with a background in science (he graduated college with a degree in biology). Ric has always believed that the technical aspects of photography should be a given. and that his challenge is to create an emohonal involvement with the image. Ric has continued to incorporate new technologies and techniques into his work and has mastered digital photography and computer manipulation to create striking visuals for the new millennium. However, regardless of how technology changes, — he believes that what is rnost imporcant is the emotional result— not the technical process.

While many photographers choose to specialize in a single area. Ric finds that many subjects have their spe-cial appeal, and believes in applying his own style to each of them. He is best known for his work with Cosrneti.. Beau, G. Body. Food. Drinks. Liquids. Splash and Jewelry. However, he frequently applies his style in sometimes surprising ways for clients in High Tech. Pharmaceutical, China & Glass. Accessories. and other image catego. ries. Ric's clients appreciate his meticulous attention to detail and his unrelenhng energy in pursuit of the ultimate image.